skip to main | skip to sidebar

The following GOP Senators haven't made up their mind on whether they should oppose a bill that amounts to a 2.1 million future Democrat voter recruitment drive. Know your fence-sitters:

SEN. JOHN MCCAIN 202-224-2235; 480-897-6289: Staff says he "hasn't made a public statement" and "hasn't made up his mind." He talked a tough border security game to get re-elected, while promising illegal alien activists he would "resolve their issues." Arizona, you chose to re-elect him. You get what you deserve.

FYI: The following GOP Senators who had been of concern say they are opposed to the stand-along DREAM Act:

SEN. SCOTT BROWN: Staff says he "does not support ANY taxpayer illegal alien amnesty bills," including the DREAM Act.

SEN. JUDD GREGG: Staff says he is a likely no vote.

On Thursday, the Senate Judiciary Committee unanimously approved a bill that would give the Attorney General the right to shut down websites with a court order if copyright infringement is deemed "central to the activity" of the site regardless if the website has actually committed a crime. The Combating Online Infringement and Counterfeits Act (COICA) is among the most draconian laws ever considered to combat digital piracy, and contains what some have called the "nuclear option," which would essentially allow the Attorney General to turn suspected websites "off."

Federal Communications Commission Chairman Julius Genachowski is putting together a net neutrality proposal and plans to take action on the controversial issue as early as next month, according to several sources with knowledge of the situation.

Details of the proposal being developed by Genachowski's office are unclear, but sources say it could be similar to the deal stakeholders tried to reach with Rep. Henry Waxman (D-Calif.) earlier this fall.

The long-running net neutrality debate centers around rules that would require Internet service providers to treat all web traffic equally. Internet companies like Google and Skype want net neutrality rules applied to both wireline and wireless networks, but network operators including AT&T, Verizon and Comcast say they need flexibility to manage web traffic on their lines.

President Barack Obama campaigned on a promise to implement net neutrality rules. Genachowski’s plans to carry out that promise were hampered when a federal court ruled the FCC did not have legal authority to adopt the regulations.

Internet and telecom companies have been in trying to reach a compromise on the hot-button issue, first at the FCC over the summer and most recently with Congress. Under the arrangement shepherded b y Waxman, wireline networks would have been subject to net neutrality rules, meaning the biggest telecom companies would not be able to discriminate against any web traffic or content on their traditional wireline networks.

Wireless networks, however, would not have been subject to all of those non-discrimination requirements. The major telecom and Internet stakeholders, as well as several public interest groups, signed onto the deal, but Republicans on Capitol Hill refused to support the draft proposal, especially so close to the mid-term elections.

It now appears Genachowski, after receiving significant pressure from net neutrality advocates and public interest groups to take action after congressional efforts failed, is picking up where Waxman left off.

“We haven’t circulated the December agenda,” said Jen Howard, spokeswoman for the FCC chairman’s office. “These rumors from outside, uniformed sources are pure speculation at best.”

On Thursday, October 28, the New Jersey Tea Party Coalition received word that fraudulent advertisements (Google Ads) have been appearing on the internet connecting the NJTPC to Peter DeStefano. Mr. DeStefano has no connection to the NJTPC, nor does he have a connection to any legitimate Tea Party in the State.

According to press accounts, Congressman John Adler’s campaign manager Geoff Mackler directed the collection of signatures to get DeStefano on the ballot as a third-party spoiler.

A poll sponsored by Richard Stockton College’s Hughes Public Policy Center puts Jon Runyan and John Adler in a statistical dead heat. We can only conclude that this attempt to link Peter DeStefano to the NJTPC is an attempt to legitimize his candidacy in the minds of conservative voters and to draw votes from John Runyan’s campaign.

At this point, we have filed complaints with Google in regards to at least 6 different ad links. The NJ Tea Party denounces these advertisements as well as the actions of the DeStefano and Adler campaigns and is seeking the person or group that has placed these ads. We believe this action was not only corrupt and immoral, but illegal as well.

We would ask anyone with knowledge of who placed these fraudulent ads to contact us through our website: http://www.njteapartycoalition.org

To those conservative editorialists and strategists who grab the Moet every time Mr. Obama drops one point in popularity: will you please cork the bottle until after the election?

To those who proclaim the biggest sweeping victory in 30 years, will you kindly look to the present, at least until November 2nd?

Your premature buoyancy spins our opponent's lethargy into energy. Your endless presumptions of yet un-won seats morphs our oppressors into underdogs and provides raw meat for the Obama grinder.

Congressional representatives are already deciding how they will negotiate with the President when we have not even had an election. Thank you for providing our sleeping enemy with a wakening cause.

We can sizably win this election. However, you are making the jobs for us on the ground ever so much tougher.

If you do not stop, the only November 'tsunami' will be the flood of tears as you reach for the Budweiser on Wednesday morning.
Posted by New Jersey Tea Party Coalition at 10/23/2010 11:40:00 AM No comments:

The New Jersey Tea Party Coalition exists to protect our liberties by restoring and defending the principles within our Nation’s foundational documents, and by promoting unity with other Patriots throughout New Jersey and the United States. 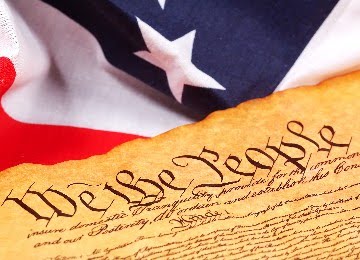